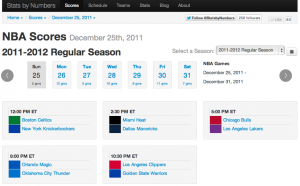 It’s been a while since the last update, but that is because there has been a lot going on behind the scenes in the meantime. I’ve been working on establishing a record label to release my own projects and those of my friends. That record label officially launched on August 10th 2012 and is called Make Music Productions. Make Music Productions released Opener by A Rising Force, my band, on August 9th, submitting the song through TuneCore to iTunes, Amazon, Rhapsody, and other music distribution stores.

With the release of Opener, there has a been a significant increase in the fan base due to the promotion of the single.  The SoundCloud page now has 135 followers and continues to grow steadily.  The A Rising Force Facebook page is up to 145 fans, but is largely dependent on running ads to gain fans; without the full album available, it’s hard to promote a single song for a very long period of time without other content to go along with it.

The other tool I’ve been trying to promote the band and the single is internet radio airplay.  I’ve been using Jango Airplay to promote the band using paid plays after other similar artists.  There was a bit of a challenge in finding the exact right artists to match for the song, but I’ve tweaked the settings over the last few weeks and think I finally have it down.  I started off strong with a PopScore of 85, which I’m guessing means 85% of the people liked the song or something to that effect.  That score netted my a bonus of 100 song plays for my first week (I used a few hundred plays to get that score so not a bad trade).  Things went downhill once I started messing with the targeting controls trying to get into the 90s.  Bad move.  The next week I slipped to a PopScore of 55, still enough to earn 50 bonus song plays, but not the effect I wanted.  I knew I needed to change course and go back to what was working week one, so I stripped back the targeting and focused on what had worked the first week.  The results for week three were better, getting me a PopScore of 59, but more importantly – I was finally starting to understand what I needed to do to reach the right audience.

Jango Airplay – A Rising Force : the PopScore is back up to 82 this week from 59 last week.

The trick that I finally learned was to focus on only the minimum number of bands required for targeting.  This means you only choose 5 bands to play songs after.  That strategy seems to work the best and I’ve been able to tailor the bands to the exact song I’m promoting.  What I also learned was that as much as I’d like to think fans of my favorite artists may like my music, they may instead be a bad fit or the song could be too different from the style of that artist.  It turns out that fans of the Arctic Monkeys like my music the best.  I would never have guessed this, but with the analytics available to me through Jango, I’ve been able to discover it.  I’m pleased to say that using my new techniques, I’ve been able to get my PopScore back up to 82 this week!  We’ll see where it lands, but I’m very happy with the results so far. I’ll be using these techniques when with other Make Music Productions by A Rising Force and other artists I’m developing.

Before I sign off for this post, I’ll say that I’ve been working on some updates for Stats by Numbers.  I plan on launching a new site soon and preparing for the upcoming NBA season.  More to come about that in the next post…